Mohamed El Baradei is an Egyptian diplomat who was awarded the Nobel Peace Price in 2005. He won this recognition for attempting to prevent nuclear energy from being used in military operations.

CNN provides the following facts about El Baradei: He began his career in 1964 as an Egyptian Diplomatic Service. In 1984, he became the Legal Advisor for  the International Atomic Energy Agency (IAEA). In 2013, he gave up his position as the Vice President of Foreign Relations so that he may be able to protest the police response to anti-government demonstrators.

This sketch is based on the picture that is here. 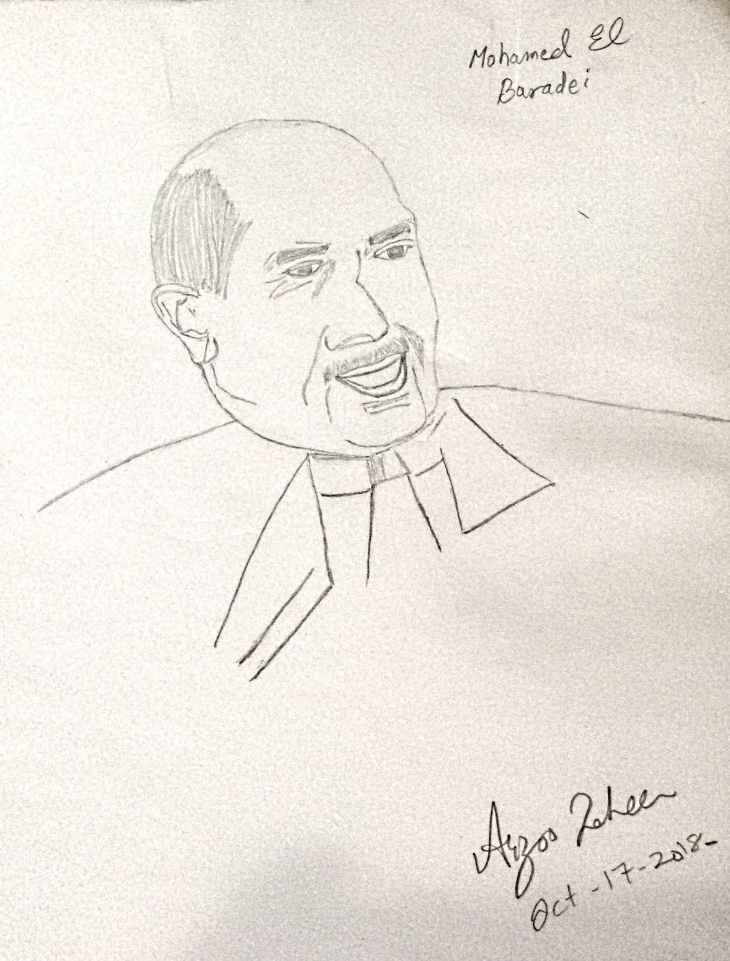